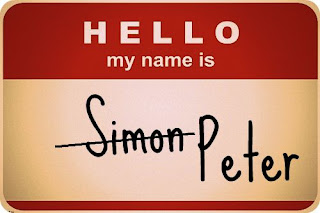 A loud mouth fishermen from the middle of nowhere got asked to go on a walk one day.  Little did he know that after a few years of walking around, he'd have a profound revelation that the guy he was following was in fact the guy his father and his fathers before him had been waiting on for a long time.  It turns out the Messiah came in a different package, with a different plan and a different message than Simon, and most everyone else, expected but revelation is what it is.  And when The Creator of All Things shows you the truth, it tends to have an impact on who you are.  So much so, for some people they have to be given a new name because the change is so big the old one doesn't fit anymore.  Simon -"he has heard"- became Peter - "the little rock".  Simon had heard about the messiah, but now he had seen the messiah and wanted to be just like him.  His old self, his old life held little value compared to this new life he was offered.  Fisher of men, that sounds like it has purpose, like it has value.  Simon had heard about some kind of rescue, but now his Father in Heaven had revealed what no ordinary man could have taught.

Fast forward a few years and another tough guy out for a walk has a similar revelation.  Not a fishermen this time, but a professional religious man turned tyrannical terrorist trying to teach "The Way" followers a lesson in God's Law.  Ka-blam.  Stopped in his tracks.  Saul, "the prayed for", who'd waged his life on upholding the Law and holding others to it, blinded by the light.  Struck by fear greater than the fear he'd struck in the followers, Paul brought low.  Brought so far from his religious pedestal it changed who he was, right down to a new name - Paul, "the small", "the humble".  Such religious pedigree, such self-righteous fervour taken away when the scales fell and opened his eyes to show the one he persecuted was in fact the one he'd been told was coming.  Revealed by the saviour himself, not taught by some mere man.  A life devout to the Law that brings death now overwhelmed by the law of Grace.  A life consumed by the letters in stone now lavished  in a great love song written on his heart.

Two men from different places and backgrounds with different expectations and dreams of what the saviour would be
had revelation that sent them out, constrained by the love revealed in death on a cross. The death revealing the greatest love for the ones created to be loved.

This revelation will change you.  Maybe it won't change your name, but it'll change your identity.  He's just waiting.  "Come follow me."  "Why are you persecuting me."  I'm not sure what he'll say to you, but when he speaks, when he reveals himself, hold on tight, things are about to get new.
Posted by Joey Cook at 10:27 PM No comments: 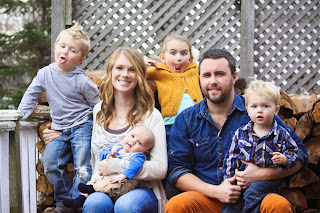